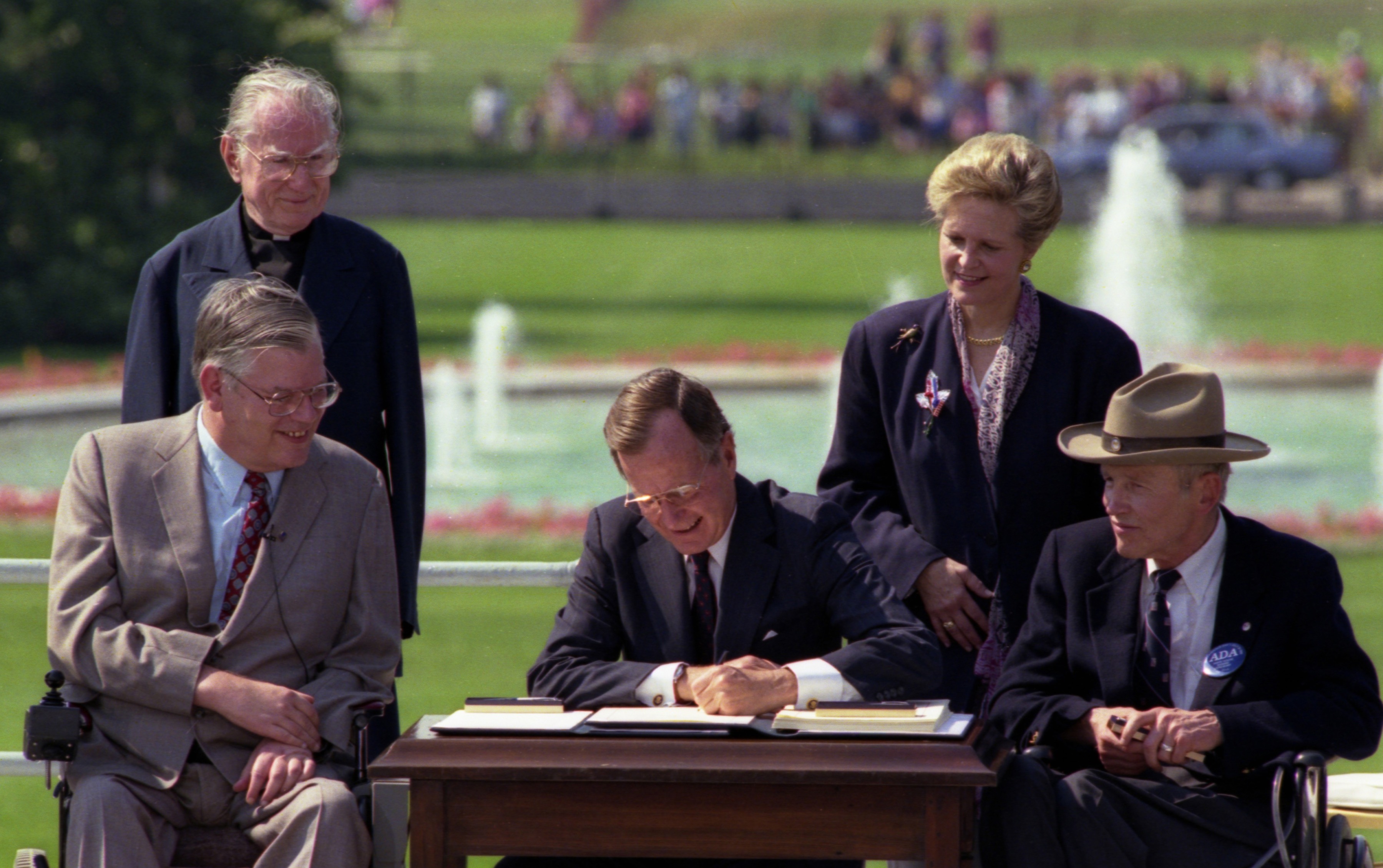 BOSTON – On Tuesday, July 21, 2020, the Edward M. Kennedy Institute will join the George and Barbara Bush Foundation to convene a virtual event with key activists, advocates, and policymakers who helped make the Americans with Disabilities Act a reality for a bipartisan celebration of that landmark civil rights legislation –– and, equally important, focus on the challenges that will shape the future of the disability movement. The 90-minute online program, titled The ADA at 30: “Let the Shameful Wall of Exclusion Come Down,” taken from President George H. W. Bush’s remarks on July 26, 1990 as he signed the ADA, will begin at 1:30 pm EST and be moderated by Judy Woodruff, the managing editor and anchor of PBS’s NewsHour program. This special virtual celebration will be fully ADA compliant and presented free of charge to anyone interested in viewing the event.

Senator Edward M. Kennedy was a chief sponsor of the Americans with Disabilities Act and introduced the legislation in the United States Senate. He was a disability champion that believed in equal opportunity and dignity, and understood disability as a human rights issue. Senator Kennedy worked with colleagues on both sides of the aisle to secure passage of the ADA that ensures Americans with disabilities are able to live productive lives free from discrimination in employment and accommodations.

The National Organization on Disability and Lex Frieden of TIRR Memorial Hermann have worked closely with the George and Barbara Bush Foundation in planning this year’s commemoration, which will also feature contributions from Higher Ground Productions and their “Crip Camp” film recently released on Netflix; the Edward M. Kennedy Institute, the Robert J. Dole Institute of Politics at the University of Kansas, and The Harkin Institute at Drake University; and President Bush’s former White House advisors C. Boyden Gray and Governor John Sununu. Any member of the general public who would like to attend can register here.

WHAT:
The ADA at 30: Let the Shameful Wall of Exclusion Come Down

WHERE:
This 90-minute program will be conducted online through a Zoom video conference. Registration is required and available here.

This event is OPEN PRESS. RSVP to press@emkinstitute.org.