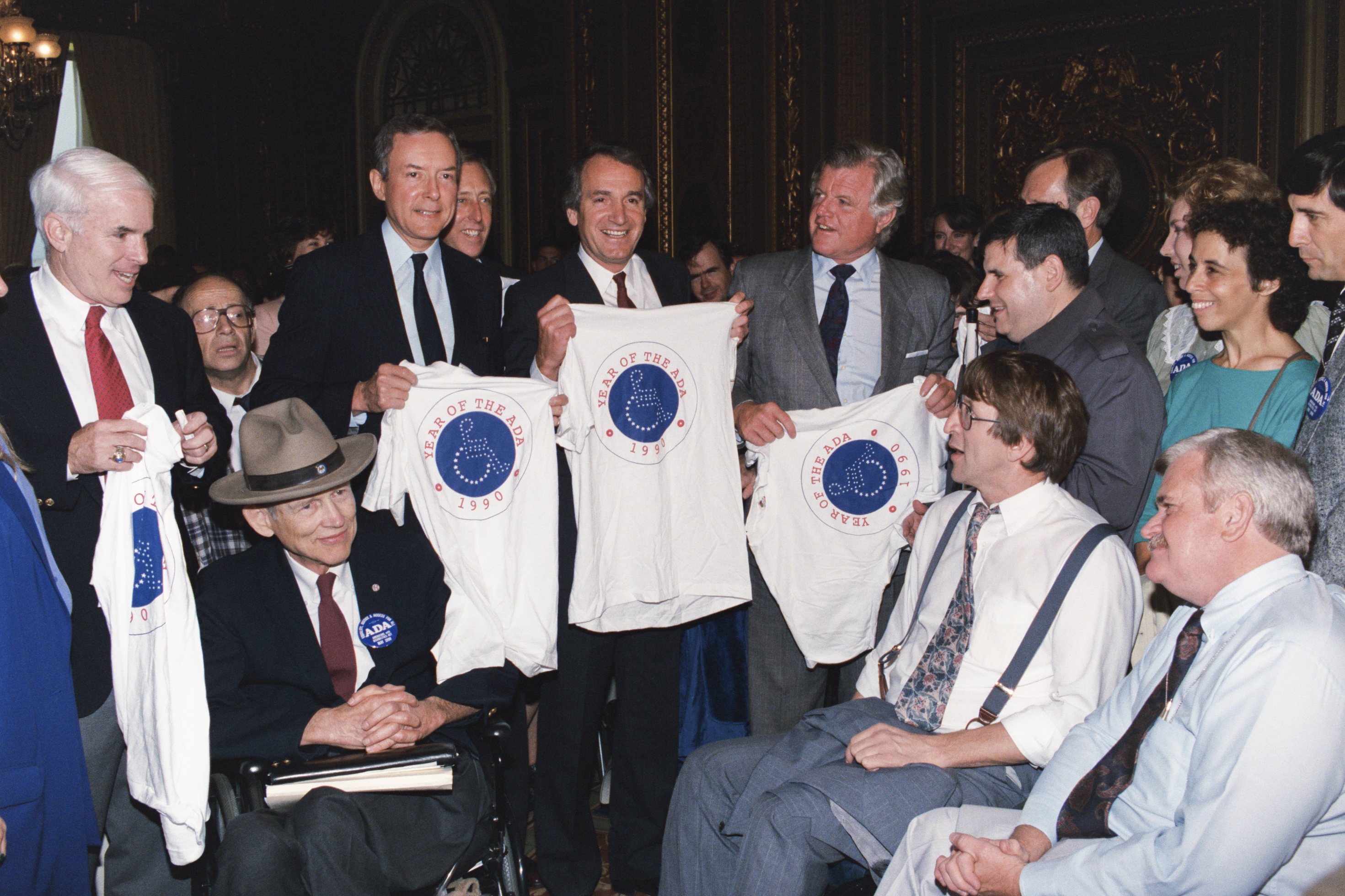 The Edward M. Kennedy Institute honors the 30th anniversary of the Americans with Disabilities Act (ADA) with a Senate Spotlight on the legislation’s primary sponsor, Senator Tom Harkin (D-IA).

Born in a small town in Iowa, Senator Harkin received his bachelor’s degree from Iowa State University and a law degree from Catholic University of America. He later served in the United States Senate from 1984 to 2015, making him Iowa’s longest serving senator.

While in the Senate, Senator Harkin was a member of the Committee on Health, Education, Labor, and Pensions (HELP). He served on the panel when it was chaired by Senator Edward M. Kennedy (D-MA), and eventually succeeded him after Senator Kennedy’s passing. However, almost two decades earlier, Senator Kennedy tasked Senator Harkin with spearheading a bill to expand the rights of individuals with disabilities. In 1990, Senator Harkin authored the landmark Americans with Disabilities Act, which is the largest piece of civil rights legislation since the Civil Rights Act of 1964. The ADA outlawed discrimination toward individuals with disabilities and created accessibility standards for public buildings and transportation, in the workforce, and in educational settings.

Senator Harkin’s long-time disability advocacy is inspired by his older brother, Fred, who became deaf as a child after contracting meningitis. Local schools did not have the resources to accommodate Fred’s needs; thus, he had to attend school across the state and later had limited employment opportunities because of his disability. Seeing Fred’s struggles inspired Senator Harkin to advocate for the rights of disabled individuals and working with other community advocates to craft the bill.

Since leaving office in 2015, Senator Harkin dedicates his time to The Harkin Institute for Public Policy and Citizen Engagement at Drake University in Des Moines, Iowa. The non-partisan organization conducts public policy research to advance social justice and opportunity for all Americans, focusing on issues regarding labor and employment, retirement security, and wellness and nutrition. The Senator, and Institute, continue to advocate for disabled individuals in the U.S. and abroad.

On Tuesday, July 21, at 1:00 p.m., join the Kennedy Institute, George and Barbara Bush Foundation, National Organization on Disability, TIRR Memorial Hermann, Robert J. Dole Institute of Politics, The Harkin Institute, and Higher Ground Productions, for a virtual commemoration of the landmark American with Disabilities Act and its lasting benefits. Registration is available here. Then, the following Sunday, July 26, at 1:00 p.m., Senator Harkin will join his former colleague Senator Bob Dole (R-KS) with some of the aforementioned organizations for a virtual rally in support of the ADA and its impact. To participate in that online event, register on the Institute’s website here.

A tribute to Northern Ireland diplomacy