The Senate Project™ kicked off on June 13, 2022 inside the Kennedy Institute’s replica of the Senate Chamber with Senators Bernie Sanders (I-Vt.) and Lindsey Graham (R-S.C.). Streamed by Fox Nation and moderated by Brett Baier, the senators discussed the economy, and much of the conversation focused on issues that are top-of-mind for voters such as gas prices, inflation, healthcare, Social Security, immigration, and guns. 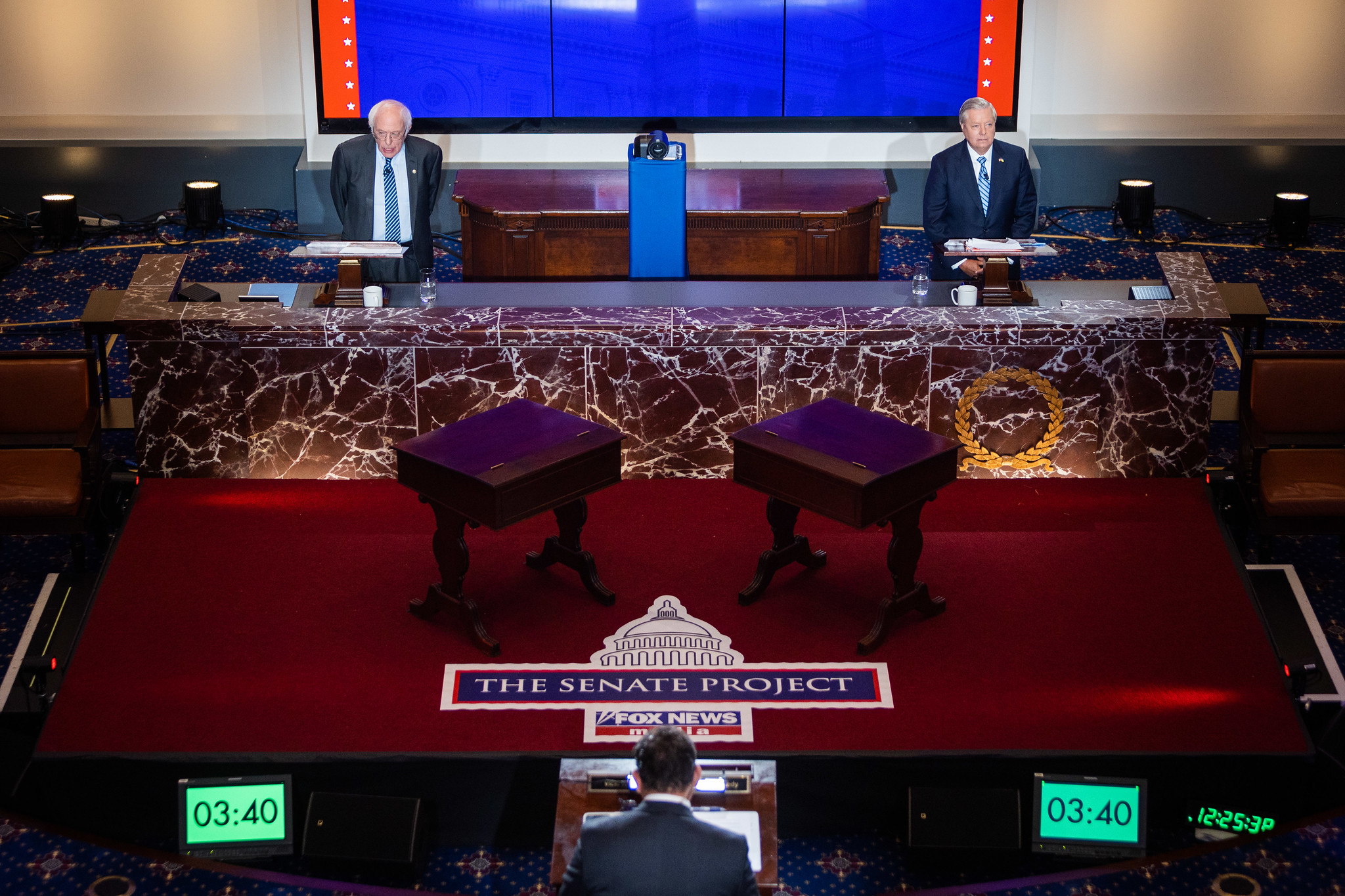 The goal of The Senate Project™ debate series is to reintroduce the culture of seeking common ground and consensus that has been the essence of the Senate since it was conceived in 1789. The diverse new coalition of the Bipartisan Policy Center, the Orrin G. Hatch Foundation, and the Edward M. Kennedy Institute for the United States Senate hopes it will inspire policymakers to engage in robust debate and also to work towards the example set by Senator Ted Kennedy and Senator Orrin Hatch, the late Utah Republican, for bipartisan bridge-building.

On MLK Day, Reflecting on Bipartisan Support for Voting Rights