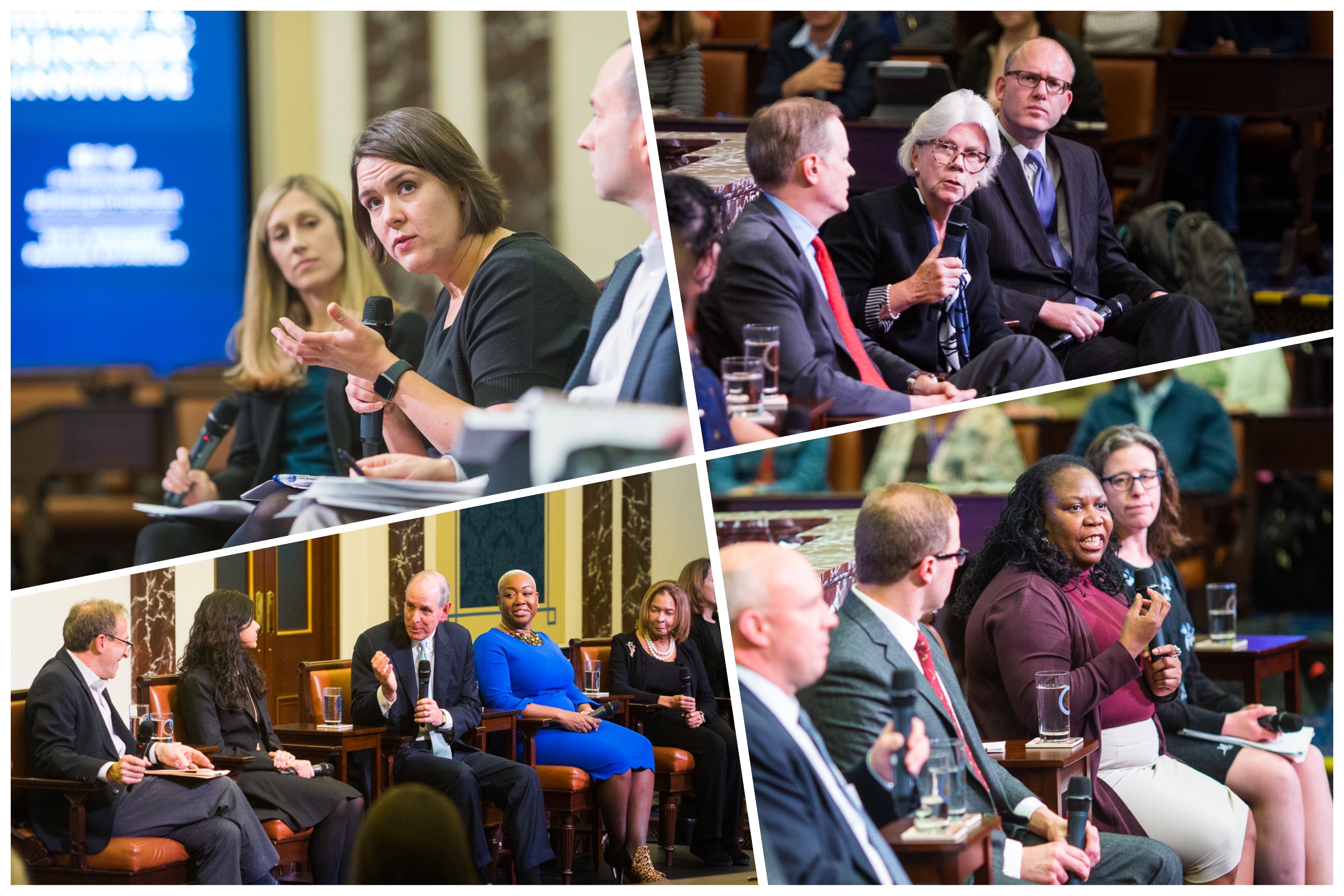 As the Commonwealth and leaders on Beacon Hill debated legislative solutions to a variety of policy issues in 2019, the Edward M. Kennedy Institute hosted state and local leaders for a series of Getting to the Point state policy programs to discuss the issues of housing, education reform, child care, and public health and their impact on Massachusetts residents.

The following state policy discussion was on education reform in the Commonwealth. Panelists discussed topics such as achievement gaps, current means of school funding, and the PROMISE Act, a bill in the State House that reassesses school funding. The panel was covered by The Boston Globe with the headline “‘We’re getting close,’ lawmakers vow on education funding revamp, without specifics on a deadline.”

The Kennedy Institute partnered with Neighborhood Villages for its third panel of the year on child care policy in the Commonwealth. The speakers focused on the high cost of child care and the negative impact this has on families, business, and child care providers. They recommended expanding child care subsidies to ease families’ burdens and to enable greater participation in the workforce.

The final state policy program of 2019 was on the next frontier of public health in Massachusetts. The panel focused on mental health, substance abuse, and the social determinants of health. Panelists discussed expanding health care access to low income and rural communities, the rise in vaping, and decreasing the stigma surrounding mental illness.

These programs serve as educational forums for members of the public to hear directly from state and local leaders, policy experts, and advocates about how these policy issues are being addressed. 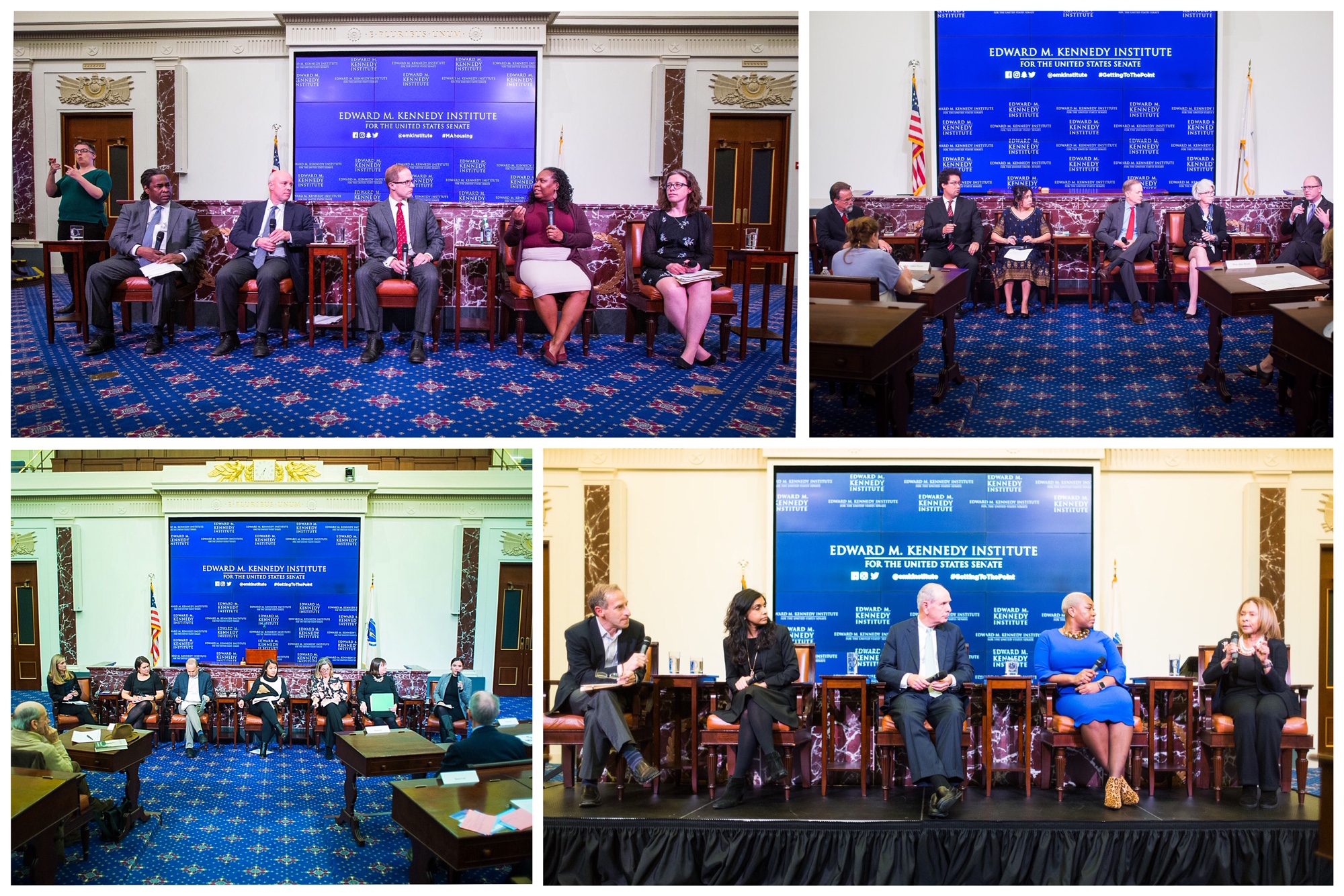 Child Care Policy. Shown bottom, left: Moderated by Lauren Kennedy, the co-founder of Neighborhood Villages, the panel featured Samantha Aigner-Trewory, the Commissioner of the Massachusetts Department of Early Child Education and Care; JD Chesloff, the Executive Director of the Massachusetts Business Roundtable; Theresa S. Loch, a teacher-researcher for the Worcester Child Development Head Start Program; Maria Gonzalez-Moeller, the CEO of The Community Group; Amy O’Leary, the campaign director for Early Education for All, Strategies for Children; and Tania del Rio, the Executive Director of the City of Boston’s Mayor’s Office of Women’s Advancement.

Next Frontier of Public Health. Shown bottom, right: Moderated Gideon Gil, the managing editor of STAT, the panel featured a variety of health care professionals: Dr. Monica Bharel, the Commissioner of the Massachusetts Department of Public Health; Dr. Michael Collins, the Chancellor of the University of Massachusetts Medical School; Phillomin Laptiste, the Executive Director of the Bowdoin Street Health Center; and Dr. Linda Thompson, the Dean of the University of Massachusetts Boston College of Nursing and Health Sciences.

The Year in Review