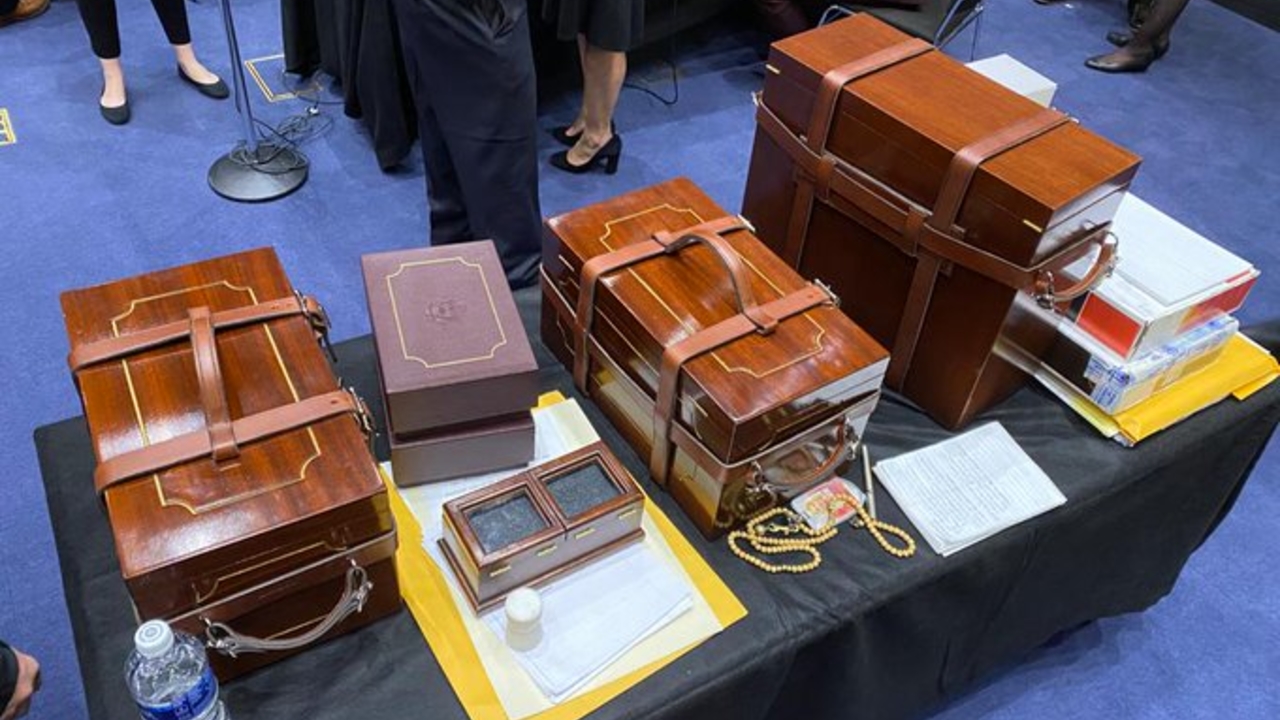 On a day of horror as a mob invaded and desecrated the United States Capitol, it was one story of hope: Even during the chaos unfolding on the floor of the Senate chamber, Senate staffers made sure to secure and remove the antique chests filled with the ceremonial ballots of the Electoral College ratifying the nation’s election of the next president and vice president.

“The good news is that one of the staff members was very, very quick-thinking and was able to grab and secure the Electoral College ballots and bring them with her” to a secured location, Sen. Tammy Duckworth (D-Illinois) said in a telephone interview with CBS.

Added Sen. Jeff Merkley (D-Oregon): “If our capable floor staff hadn’t grabbed them, they would have been burned by the mob.’’

One group of people for whom this story and these images resonated with particular poignance were former staffers of Senator Edward M. Kennedy, who across his 47 years in the Senate led and was served by an estimated 1,100 staff members. Today, hundreds of these “Kennedy staff alums” stay connected through the Edward M. Kennedy Institute for the United State Senate. Here are how several of them reacted to the story of the staff who on January 6 protected this most visible and tangible symbol of the peaceful passage of power under our Constitution:

“I marveled at their focus amidst chaos. My heart was breaking at the turmoil, yet I admired their determination to stay steady and professional. I thought of my own Senate work experience decades ago, my first job out of college and facing every day with a mix of uncertainty, excitement, and wonder. This week a part of me stood with these staffers in my imagination as they walked confidently through the Capitol hallways. I saluted their courage.”

“I immediately thought of the dignity, respect and professionalism those staffers showed under the worst of circumstances. Senate (and House) staff members are rarely recognized publicly, and most staffers spend their careers desperately trying to stay out of photos so that their bosses are in the center of the frame. Without their hard work and dedication, however, the people’s business would not happen. Having worked on Capitol Hill during 9/11, I can only imagine the pain, trauma, and sadness they were feeling as the building was invaded by those looking to overturn a democratic election. I was thinking of all of my colleagues and all of the current staff this week as they protected democracy during one of the most horrific days our nation has seen in more than 200 years.

“I was horrified by what I saw and recognized it immediately as an assault not only on the Capitol, but the Constitution. When each of us joined Senator Kennedy’s staff we raised our right hand and swore to defend and protect the Constitution of the United States from all enemies, foreign or domestic. It is an oath that does not ever lose effect. The Senate staffers who rescued the historic leather boxes containing the certified vote totals for all the states being registered that session were fulfilling their sworn oath and duties.’’

“The staff reacted with courage and calm, purpose and resolve. They may be young, but they have a deep respect for our democratic traditions.’’

“As I watched the desecration of the U.S. Capitol, I was, like most of our country, horrified but on a more personal level. The Senate was my professional home at the beginning of my career. I sat in the gallery where on Wednesday, people were huddled in fear for their lives; I walked the halls where police were trying to hold back rioters. I marveled at having the privilege of working with many incredibly talented people who gave their all every day. So, I was proud, but not surprised to see these staffers demonstrating the professionalism, dedication and presence of mind to rescue the certification votes in the midst of mayhem.”

“The word ‘patriot’ gets thrown around a lot – and too often it’s applied to people whose actions are the antithesis of patriotism. True patriotism is putting your country above your personal safety by guarding the documents that ensure democratic transfer of power.’’

“The actions of these Senate staffers in protecting the ballot boxes and doing all they could to keep people safe without concern for their own safety were very courageous–and knowing their dedication to our country, not surprising at all.”

‘’These events were excruciatingly painful. It was as though a band of thugs had broken into our home and were gleefully trashing it. As this band of terrorists spread across the Capitol and some adjoining offices, I all but broke down in tears. They were wrecking the Capitol, but they also were trashing our country. It was a horrifying spectacle. But, in the end, the Capitol withstood the assault, as will our nation.’’

“Seeing this story reminded me of the great opportunity and the tremendous responsibility I felt being a Senate aide. It’s a unique and wonderful experience, especially for young people. These Senate aides are now a pivotal part of Congressional history and a shining example of service to our country and our democracy.’’

“Their quick action showed dedication to democratic principles and the rule of law, no matter what the danger. As a former U.S. Senate staffer, I felt a tremendous amount of pride.’’

“I marveled at the presence of mind, poise, and courage of these staffers who perform their important work tirelessly and anonymously. Amid the chaos and danger that surrounded them, they stepped up as guardians of the ballots that would certify the election of the next President of the United States in a Senate chamber under siege by violent domestic terrorists who denied the election’s integrity. Their courageous action represents a responsibility none could ever have contemplated when hired to serve. Most of us can only wonder if we would have responded so admirably. They are role models who make all Senate staffers proud.’’