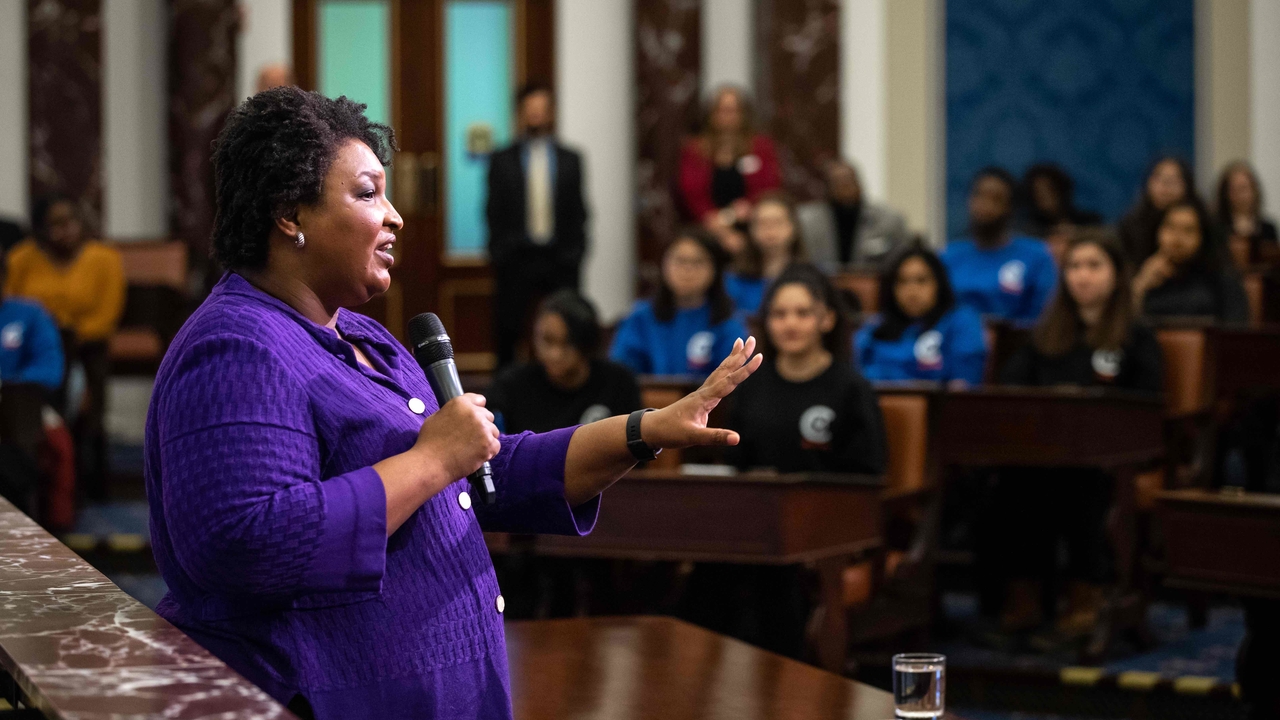 Seventy students, teachers, partners, and youth leaders gathered in the Institute’s full-scale replica of the U.S. Senate Chamber for a conversation with Leader Abrams who dedicated her time to answering student questions and sharing her perspective on a range of topics.

Student questions covered policy topics including immigration, education inequality, state ballot initiatives, and the 2020 Census as well as personal questions about dealing with election loss, combating stigma and racism, and how to live your beliefs and voice your core values that no one can shake.

It was a pleasure to speak with the next generation of leaders at @emkinstitute. The thoughtful, incisive questions from these young leaders ranged from education inequality to immigration to voter suppression to navigating cynicism. I’m certain to see more than a few in the real Senate one day. And America will be grateful for their service.

Leader Abrams also shared powerful words with the students and encouraged the students to understand the importance not only of voicing their opinion, but demanding a response from elected officials who have a responsibility to lead everyone they represent. Leader Abrams discussed the mission of her work at Fair Fight and Fair Count to combat voter suppression and make sure everyone is counted in the Census. Leader Abrams discussed the historical barriers to voting in the United States, and shared her belief that “voting is power” and invited the students to understand the impact they can make before they are old enough to vote.

“What you all have the power to do, especially through social media, is to raise attention to issues that normally people would never have to pay attention to. When your collective voices are loud enough, you break through the inertia that most politicians feel and that most communities feel. If you’ve lived in intergenerational poverty for 50 years, you do not believe it will be solved. It takes another generation to lift up the battle cry and say, ‘I refuse to live with it. And more importantly, I’m going to help organize people to vote against it.’ You may not be able to vote, but if you get enough adults to vote on your behalf, that transforms the conversation, and I promise you that politician you vote against is going to pay attention.” 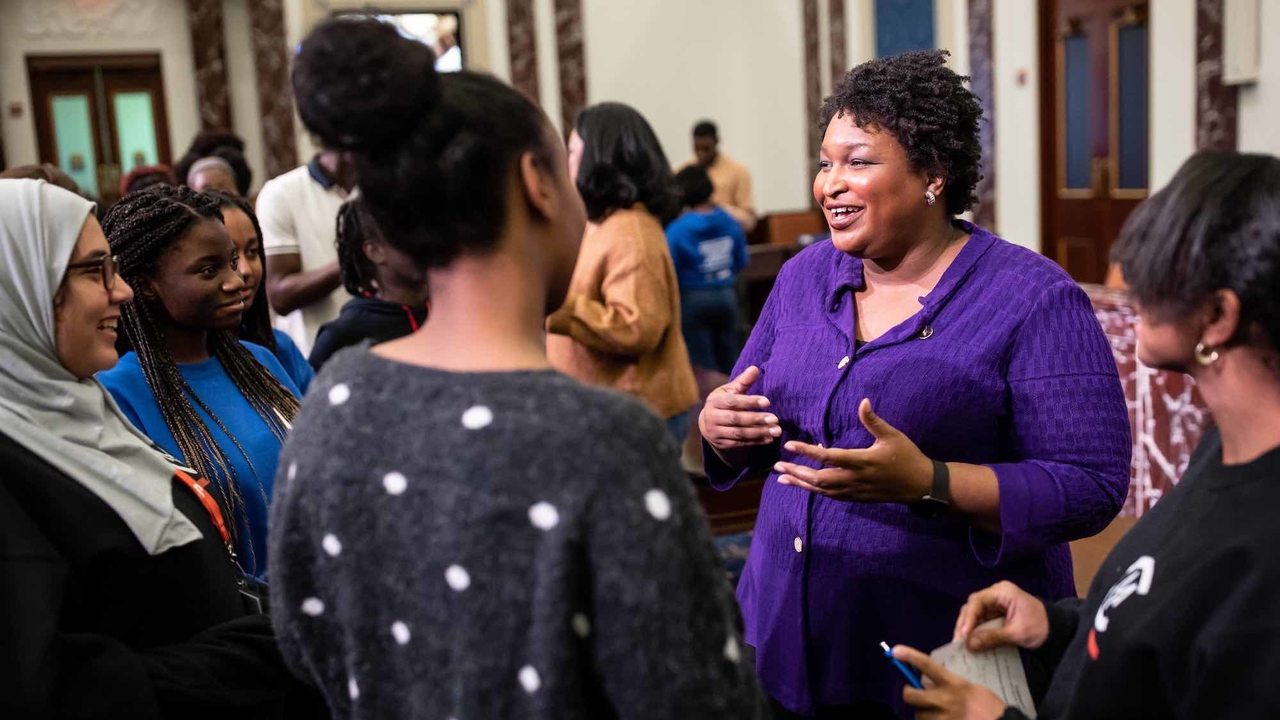 As part of this special youth civic engagement session, participating students also worked with Kennedy Institute staff on civic engagement activities. Students identified the policy issues they are most interested in working on and talked together about how they can make an impact on those issues in their own communities. This special program was built by the Kennedy Institute team as part of its interactive, educational programs to equip young people with the skills and tools to be effective civic leaders.

At the conclusion of the youth civic engagement session, Leader Abrams highlighted the impact that the young leaders in the audience are making by being civically engaged community members.

“I’m here because you all are extraordinary people. You have decided at your age to care about something larger than yourself. It’s going to benefit you, but if you do the work I know you’re capable of, you help the work that I’m doing have meaning. And that is a transformative thing; that does not only credit to you, but does credit to who we are as a nation.“ 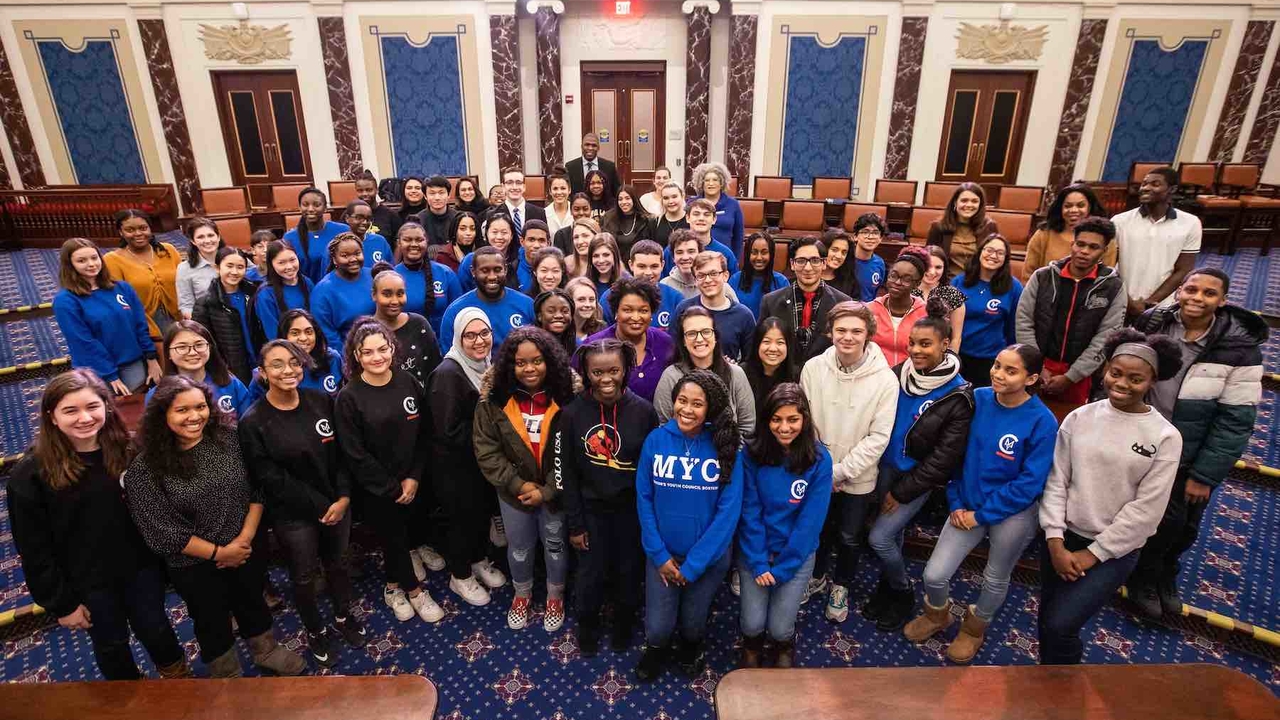 Click here to explore all photo highlights from the program.