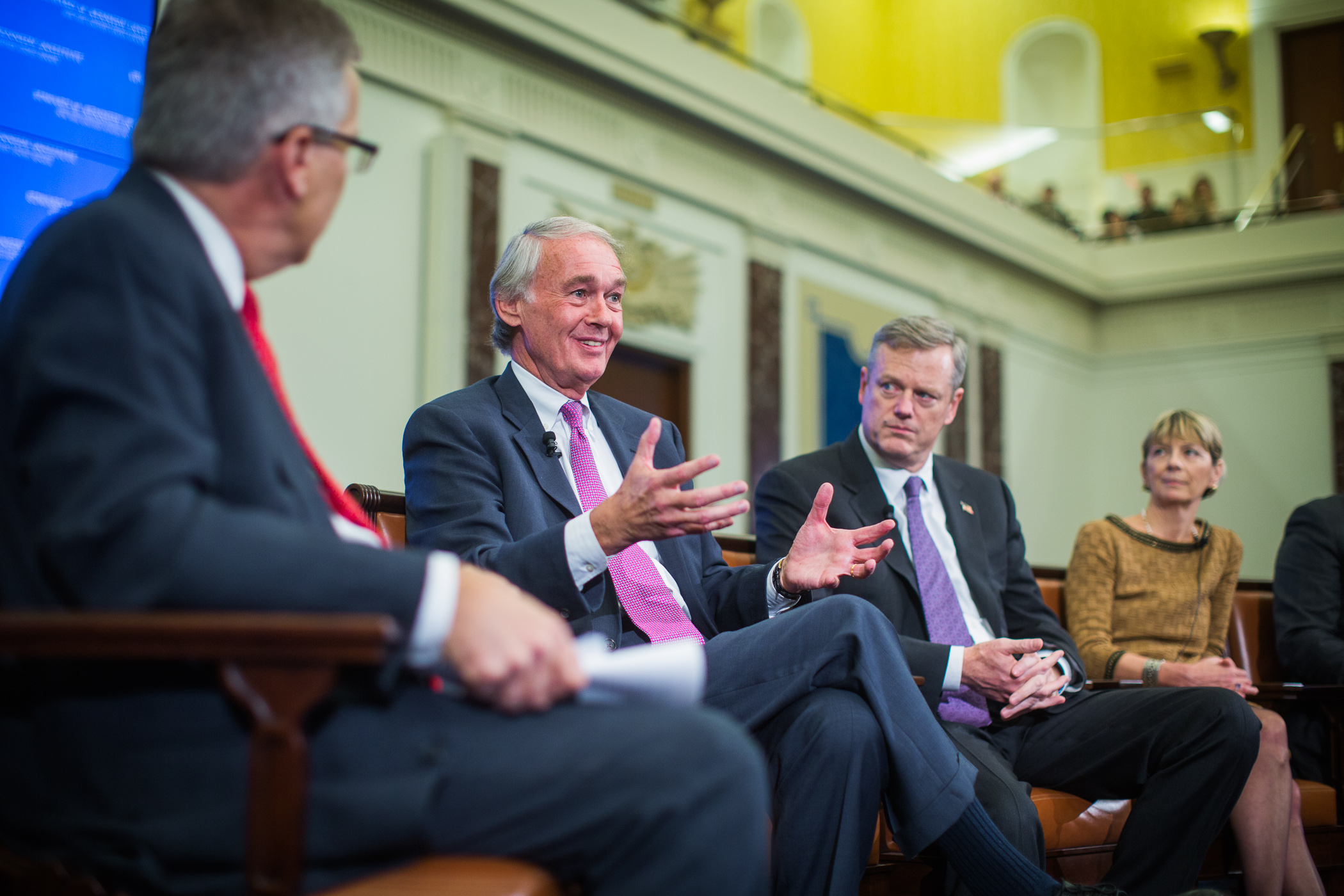 I am approaching my sixth year at the Kennedy institute –– that’s nearly a senatorial term! Beyond our visitors and students whom I cherish working with so much, the Institute has provided a dynamic and enthralling series of public programs that have gathered some modern Senate giants. Everyone from Senate Leader Mitch McConnell and Senator Bernie Sanders to former Senate Leader George Mitchell and Senator Susan Collins make our events powerful, inspirational, and timely. Here’s a memory with a senatorial guest that puts a smile on my face.

Imagine it is a Friday and fifteen minutes are left before the end of the day. You work in a unique place, a full-scale replica of the United States Senate Chamber. This majestic space contains only you, a co-worker, and 100 recreated senatorial desks.

Suddenly, the double wooden doors whoosh open. Darting in comes one of your actual United States senators. If you looked fast, judging only by his demeanor, you might mistake him for a kid in a candy store.

Senator Ed Markey bounds down the center aisle toward you when, just as suddenly as he entered, he pauses. His are the only feet that are moving swiftly across the plush carpet. As he looks over his shoulder, he notices that, in his excitement, he has outpaced his guests. “Wait here, I’ll be back,” he says.

What would you do? I’ll tell you what I did. I stayed right there.

A short time later, he would be a guest of the Institute with Governor Charlie Baker in 2015. What can I say? The Kennedy Institute is a place where unique interactions and conversations happen in an engaging, exciting, and enlightening way!

A pivot to virtual learning