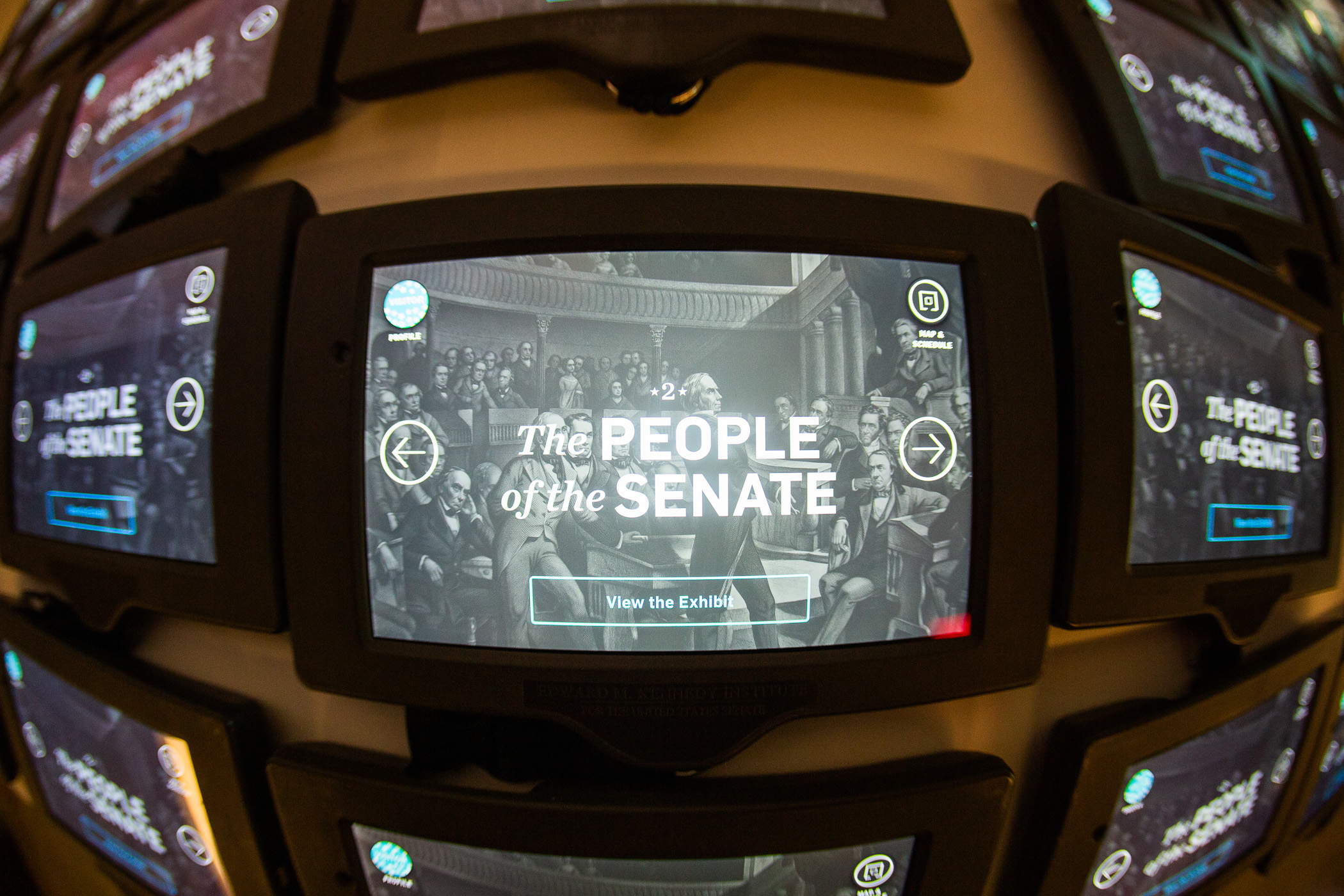 Many of my days at the Kennedy Institute before the temporary closure would start by turning on the digital exhibits and interactive tablets. It is incredibly satisfying to arrive at the quiet, dark halls of the building, and slowly listen to things hum, whir, and blink to life. The walls start to show information about the three branches of government, how a bill becomes a law, and important figures from the past who have made an impact on our nation’s civic life.

One of my favorite exhibits is The People of the Senate. A projection on the wall in this part of the surround scrolls through time and shows every single person who has ever served in the United States Senate. The exhibit shows around 2,000 people in total, but can look very different depending on the year and session of Congress. The first session of Congress (1789-1791) appears with twenty-six faces, representing the first thirteen states, starkly drawn and emblazoned with their political parties “Pro-Administration” and “Anti-Administration.” Mere minutes later, the 35th session appears (1857-1859), looking quite different as the senators are captioned with five different political parties as the country approaches the Civil War. It is not until the 86th session of congress (1959-1961) when the wall finally looks complete with 100 senators for the 50 states.

The People of the Senate is one of my favorite exhibits because of the conversations and questions it invites. What were the big issues each session of Congress faced? How did political parties change over time? And, most importantly, who are the people who have served in the United States Senate?

In light of the Institute’s temporary closure during the pandemic, we invite you to engage with The People of the Senate exhibit in a new way through a Senate Spotlight series on the Institute’s social media accounts on Facebook, Instagram, and Twitter. Learn about important senators of the past through short posts with pictures, quotes, and compelling facts. Then, join me at my favorite exhibit when the Institute reopens.

The crossroads of American democracy and civic education