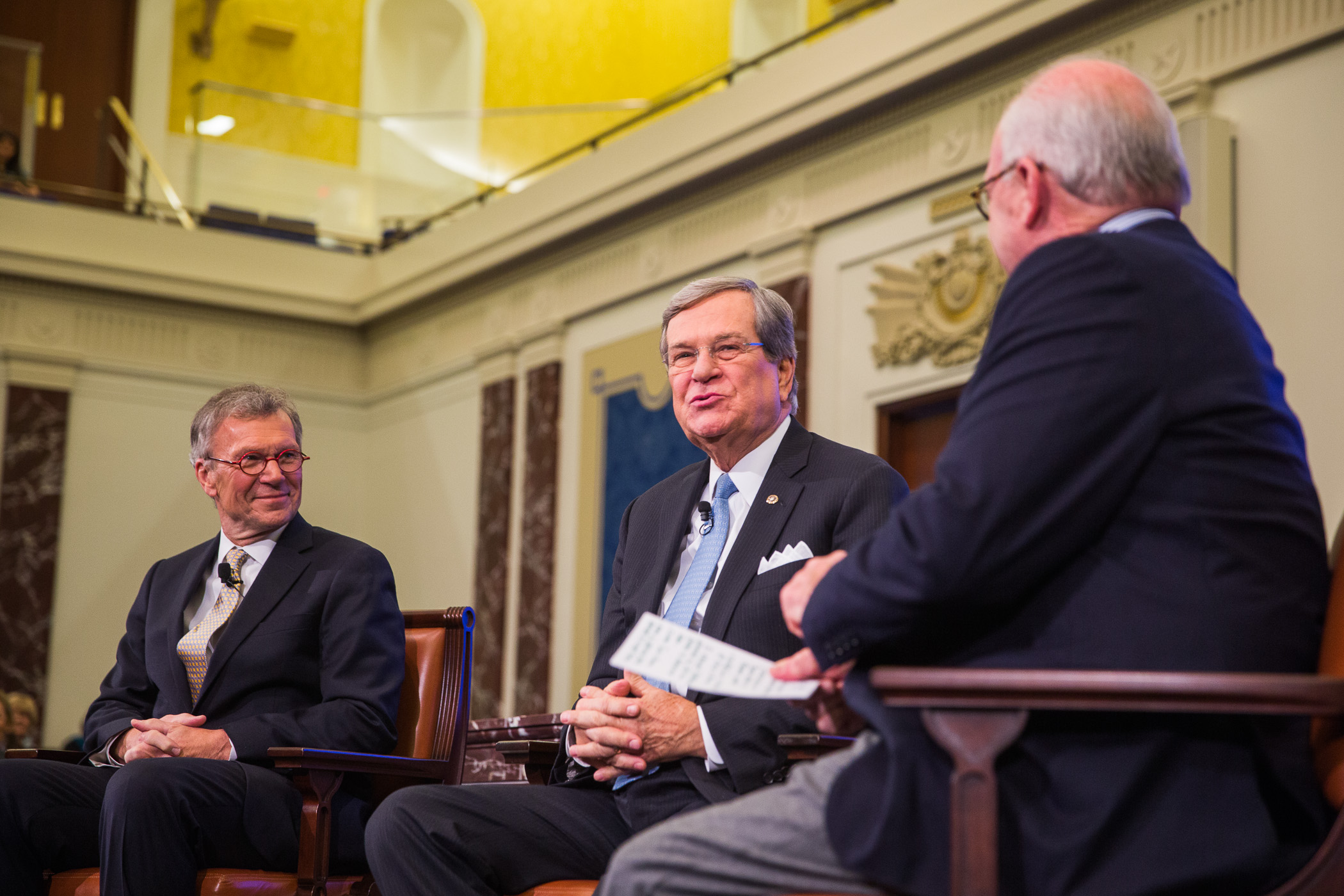 After the House of Representatives voted in favor on articles of presidential impeachment, there is a general curiosity about the next phase in this congressional procedure. Once logistics are agreed upon, it will move to a trial in the Senate.

Two decades ago, the last impeachment trial was held. Leading were two senators –– one from each caucus –– who had to navigate the sensitive terrain to an eventual conclusion of either conviction and removal or acquittal.

With President Bill Clinton under consideration for senatorial case, a key to the 1998 outcome was reaching across the aisle. Lott and Daschle shared how a bipartisan approach to their responsibility in the Senate trial was a crucial aspect.

Lott, an emeritus member for the Kennedy Institute’s Board of Directors, acknowledged the number of voting senators required was not sufficient for a presidential conviction.

“I knew the votes were not there and were never gonna be there to remove Bill Clinton,” he told NPR’s Totenberg. “So what I had to figure out, working with Tom, was: How do we fulfill our constitutional responsibility in a respectable way?”

It was not an easy task with all eyes on how the two leaders would handle the complex situation. Daschle, who currently serves as an Institute Board member, credited his counterpart for the civility exemplified during their work together.

Speaking to Totenberg, he indicated that Lott never received “nearly enough recognition for the incredibly tough, tough decisions he had to make under enormous pressure to be more aggressive.” As a consequence, Daschle explained, the Senate “rose to the occasion, and I think that’s what the American people expect when you face crises like this. Can an institution rise to the occasion and do what they’re supposed to do?”

Both of them take pride in the approach chosen throughout the course of a challenging prospect they faced.

In 2016, Daschle and Lott were at the Institute for an edition of the Across the Aisle program series where they discussed their book Crisis Point. The full NPR article is available here with audio located here.