The legacy of Hiram Revels 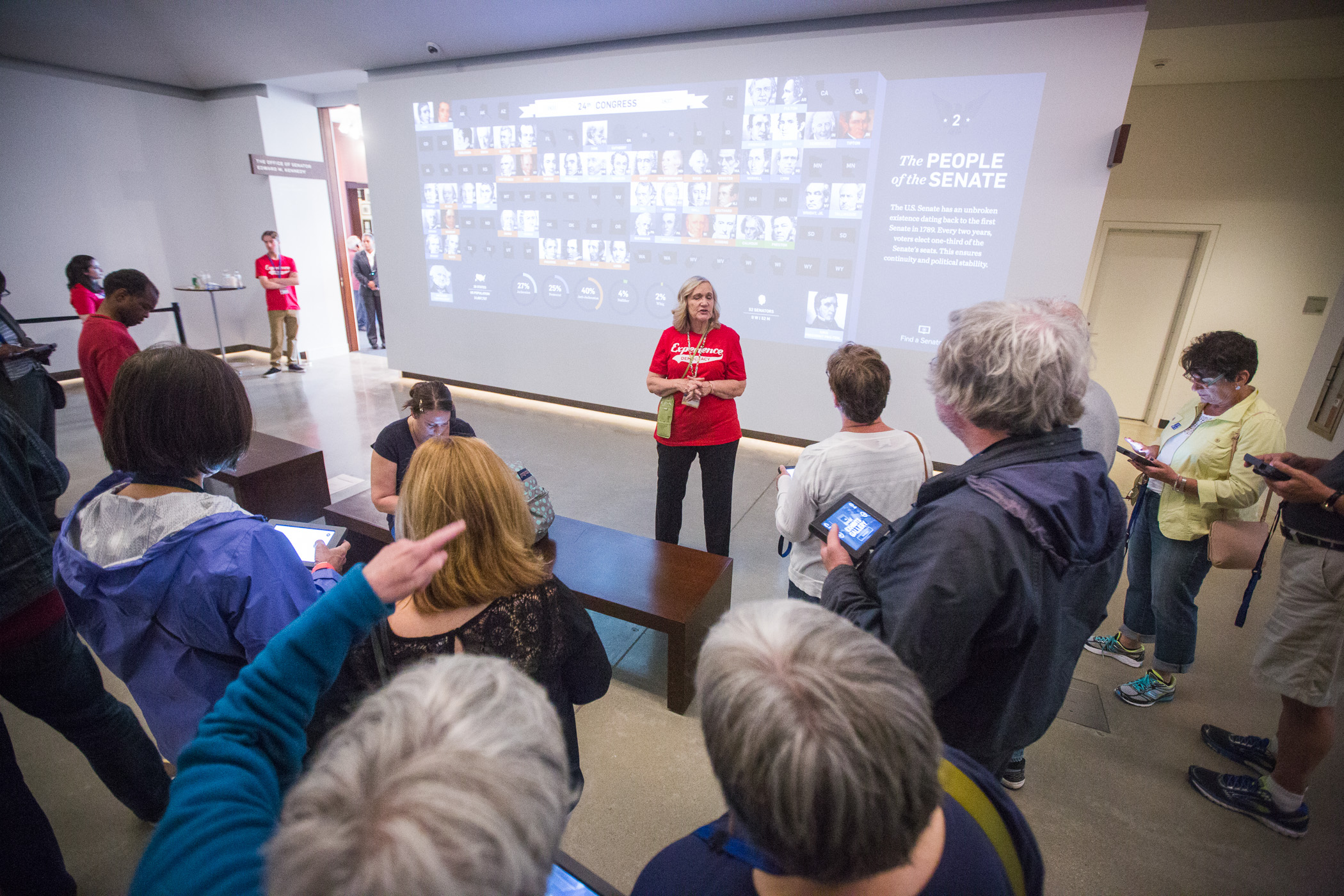 “I appeal to the legislative enactments of this Congress, and ask if now, in the hour when a reconstructed state most needs support, this Senate, which hitherto has done so nobly, will not give it such legislation as it needs.” –– Senator Hiram Revels (R-MS) on March 16th, 1870.i

Visitors to the Kennedy Institute have the opportunity to see the face of every single United States senator appear on our People of the Senate exhibit wall. Students and visitors alike are always quick to note some of the big changes they see in quantity and political affiliations of senators. It might take a moment longer, but many are also able to note what does not change in the Senate –– diversity of race, gender, and age –– as the nearly 2000 faces scroll by.

As the Institute joins people and organizations across the country to celebrate Juneteenthii, the true end to slavery in the United States, we wish to reflect on the important impact of the country’s first African-American senator, Hiram Revels (R-MS, 1870-1871).

Hiram Revels was appointed by the Mississippi legislature in 1870 during the Reconstruction era following the Civil War. Prior to his appointment, Revels was a renowned pastor with the African-Methodist Episcopal Church, an educator in Baltimore, a chaplain with the Union army during the Civil War, and a member of the Mississippi state legislature.iii

His accomplishments and speechmaking prowess made him a ready choice for Congress. However, his appointment to the Senate was fraught as opponents masked discomfort with his race through questions of his citizenship. The Constitution requires that people must be citizens for at least nine years before serving in the Senate.iv Challengers to Revels serving argued that the ratification of the 14th and 15th Amendments, ratified in 1868 and 1870 respectively, meant that he, along with most African-Americans, had not met the necessary citizenship requirements to become a senator.v However, enough legislators recognized the importance and need of an African-American man in the Senate that Revels successfully won the appointment.

During his one year in the Senate, Revels advocated for equal education for black communities, ending segregation, and furthering civil rights for African-Americans. Revels used his first speech on the Senate floor to speak on behalf of allowing Georgia to reenter the United States of America. In his speech, he appealed for the rights of African Americans saying:

The protections for African-Americans that he appealed for were short lived after the Reconstruction era as civil and voting rights were quickly restricted while segregation, oppression, and racism reigned on.

The questions posed to Institute staff asking who were the few Senate “firsts” often lead to meaningful conversations about race, systemic discrimination, and efforts pioneered by those like Senator Revels toward equality and justice. Now more than ever following the recent murders of George Floyd, Ahmaud Arbery, Breonna Taylor, Rayshard Brooks, and many others, we acknowledge that conversation and seeking to understand is still important. But, more so, we can all join in the effort to effect change, by raising our voices, and by using the power so many before us fought for –– our right to vote.

Read a statement from Co-Founder and President of the Board Victoria Reggie Kennedy about recent protests against police brutality here. Explore the Institute’s ongoing work on voting, youth activism, and civic education here. More readings on Hiram Revels and Juneteenth can be found below.

Impressions of an internship during a historic experience