A century after the 19th Amendment’s ratification 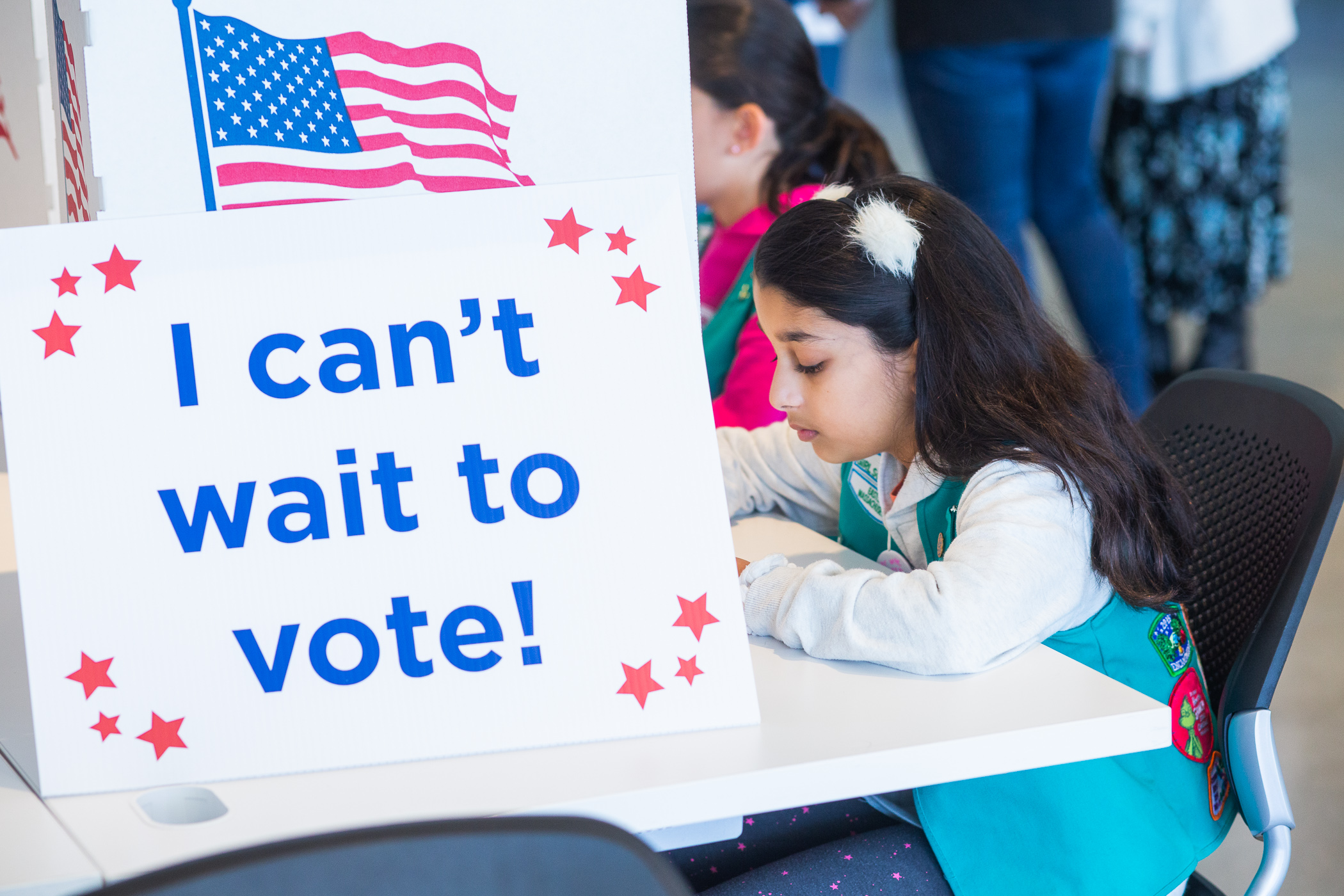 Passed by Congress June 4, 1919, and ratified on August 18, 1920, the 19th Amendment granted women the long overdue right to vote in the United States. Its passing was the culmination of the decades-long women’s suffrage movement at both the state and national levels, and brought women closer to equality in a crucial aspect of American life.

To commemorate 19th Amendment Week and the 100th anniversary for the ratification of the 19th Amendment, the Kennedy Institute interviewed several staff members to learn more about why voting is important to them. We hope their testimonies will help others reflect on the importance of an engaged citizenry and voting in our democratic society.

“As an immigrant, I spent my youth learning about American democracy without being able to directly participate as a citizen. When I took my citizenship oath at Faneuil Hall in 2003, I felt that as a political person, I suddenly had a voice, a right to be heard. I view voting as a fundamental use of that voice, and every time I step into a voting booth, I am grateful that this nation is built on incorporating the voices of all of us. While this has been a long struggle of inclusion for many, and continues to be so for some, we can use our voices to call for this ongoing work.”
–– Caroline Angel Burke, vice president, education, visitor experience & collections

“Voting is a way for me to express, communicate, and make a record of what I want to happen in the government. Each person matters and our leaders, and the issues they work on, must reflect the needs of the people. Voting makes it all happen.”
–– Eileen Donovan, volunteer & intern program manager

“For me, voting is important because it is not only a way for me to make my voice heard, but it also provides me with an opportunity to send women to places of power. I think we forget that it was only 100 years ago that women got the right to vote – this is not ancient history. Exercising that right is a way to honor those women who fought for it. It can be disheartening to look at those in power and see the same faces over and over again. By voting, I feel empowered. I’m able to choose people that look like me and truly represent my interests.”
–– Kerri Cullen, director of membership, annual fund, and alumni relations

“Voting represents my power to affect policy that affects me. Until women gained the right to vote, there was little incentive for elected officials to focus on issues that affect women. Women fought hard to be able to participate in the democratic system. Now as we vote, we have the opportunity to hold our elected officials accountable. I’m just one person. But by showing up to vote and engaging in the political process, I become part of a collective group –– a powerful block that demands action on issues that are important to me, like reproductive rights, racial justice and climate change.”
–– Amy Munslow, education manager

Earlier this year, the Kennedy Institute premiered a new educational offering entitled “The Citizen’s Senate.” Featuring a combination of archival footage and live performances, the program highlights key moments in American history when citizens have compelled the U.S. Senate to act. The first installment examined the success of the final decade of the women’s suffrage movement, and the premiere included conversations with Paula Austin, Ph.D., assistant professor of history and African-American studies at Boston University, and Susan Ware, Ph.D., honorary women’s suffrage centennial historian at Harvard University’s Schlesinger Library. Anyone interested can view the recording on the Institute’s website here.

A tribute to Northern Ireland diplomacy