The crossroads of American democracy and civic education 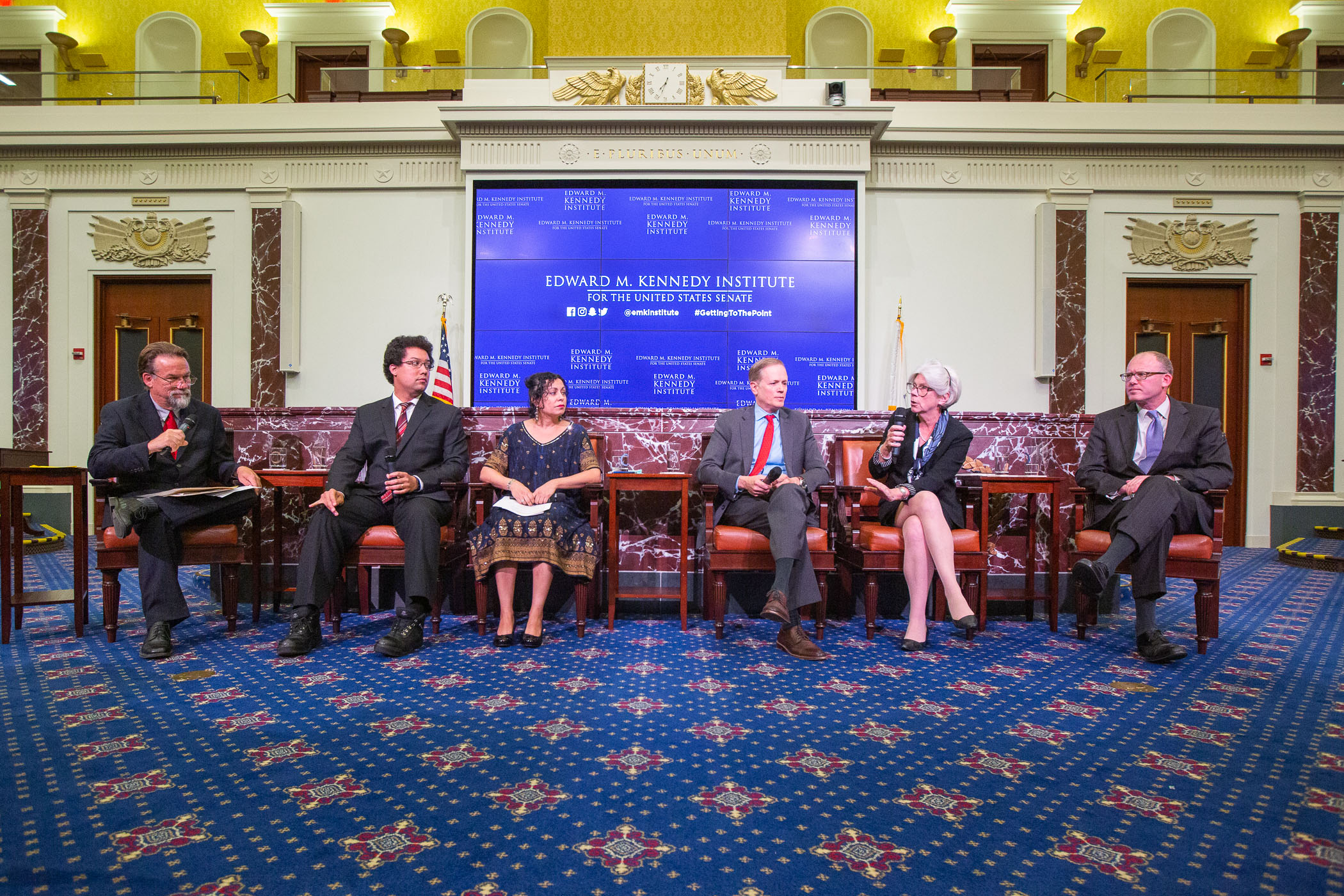 Second from the right in this June 2019 image, State Representative Alice Peisch (D-14th Norfolk), House chair of the Joint Committee on Education, speaks during a Kennedy Institute panel conversation.

In the midst of the public health emergency, I’ve been stocking up on memories that give me reason to hope.

One memory I’ve been returning to is from Student Government Day in 2018 at the Massachusetts State House. My colleagues and I were presenting our Today’s Vote program to a group of teachers, and State Representative Alice Peisch (D-14th Nortfolk), House chair of the Joint Committee on Education, joined us. After my colleagues and I had engaged the teachers in a mock Senate debate, the real legislator opened up the floor for questions.

It was then demonstrated to me that I was in a room packed with public servants. The conversation was passionate, frank, respectful, and went on for much longer than planned. There were different concerns and perspectives, but the goals seemed to be evident and mutual. Students needed a better civics education and schools needed the resources to provide that opportunity.

Teachers didn’t hold back. At times, it felt like Washington’s army was asking how the Continental Congress expected victory when some of the soldiers didn’t have shoes. But it was clear that Chairwoman Peisch understood the gravity of the situation and was fighting hard to fix it.

Six months later, Chairwoman Peisch had a leading voice in the passage of An Act to Promote and Enhance Civic Engagement, which put in place a civics project requirement for all Massachusetts public school students. The following year, Chairwoman Peisch and her Senate co-chair, Senator Jason Lewis, led the negotiations and ultimate unanimous passage of the Student Opportunity Act, which calls for a $1.5 billion investment in public education and reform of the state’s public education funding formula. They also both took part in a Getting to the Point discussion on education reform at the Kennedy Institute early last summer.

The future of America’s democracy and the future of its public education are inextricably linked. The success of one requires the success of the other. I’d wager that Senator Edward M. Kennedy conceived of the Institute with something like this thought in mind.

I believe we need a critical mass of lawmakers throughout the country to see things this way. Often, I fear that not enough do. But there are a lot of them out there. And we need them to succeed like never before.

Impressions of an internship during a historic experience