Adirondack chairs on the lawn 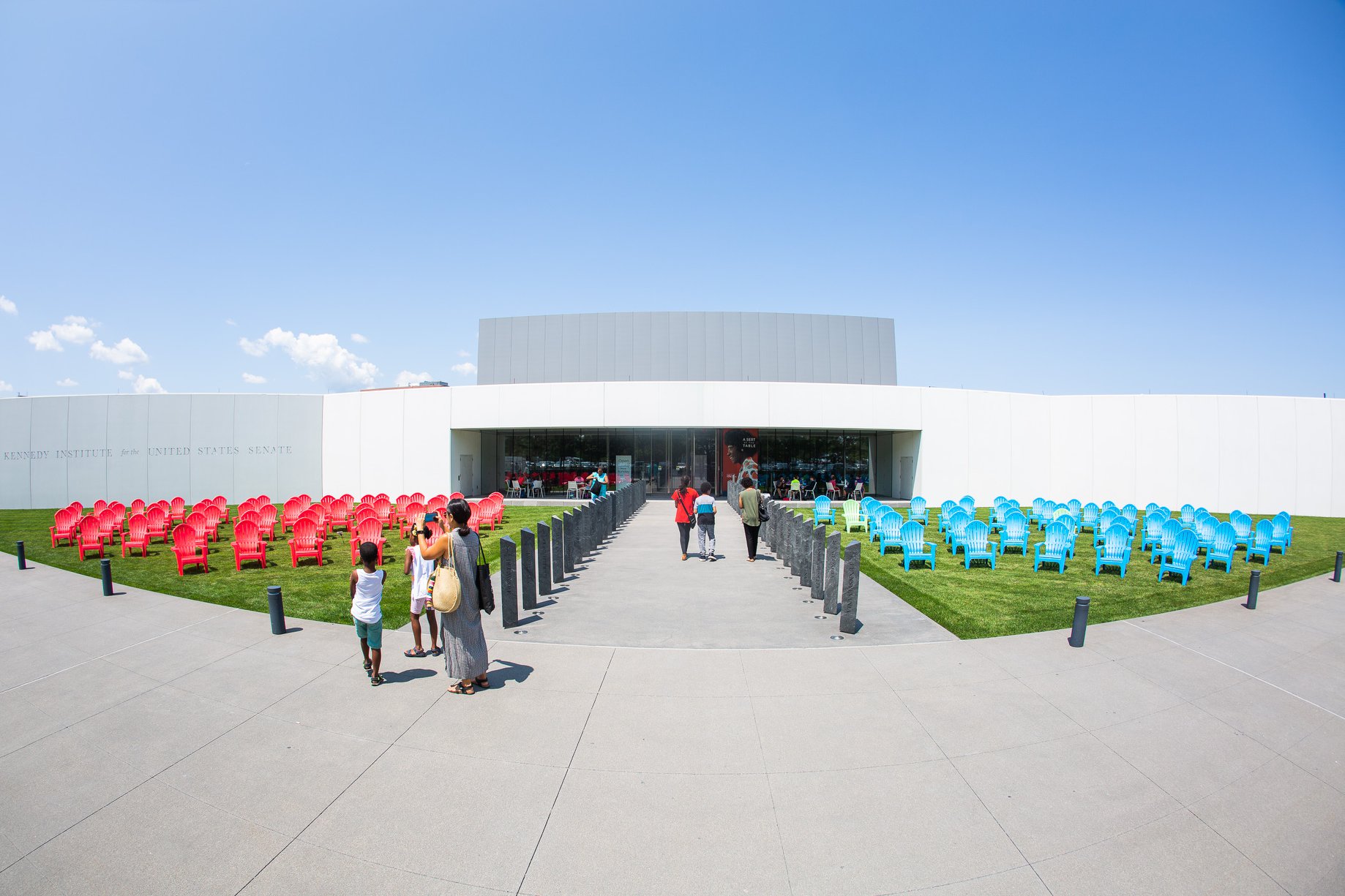 On summer Fridays, the team at the Edward M. Kennedy Institute displayed one hundred lawn chairs outside of the front entrance that represented the political affiliations of the current members of the United States Senate.

Fifty-three red chairs depicted the number of Republicans serving in office while the 45 blue chairs and 2 green chairs portrayed the number of Democrats – including the two Independents caucusing with them.

This was one of the more colorful ways to bring aspects of the U.S. Senate to life on Columbia Point. Keep an eye out the next time you are in the neighborhood – if the good weather continues into September, they’ll be out once again.