Bruce A. Percelay joins the Edward M. Kennedy Institute Board of Directors 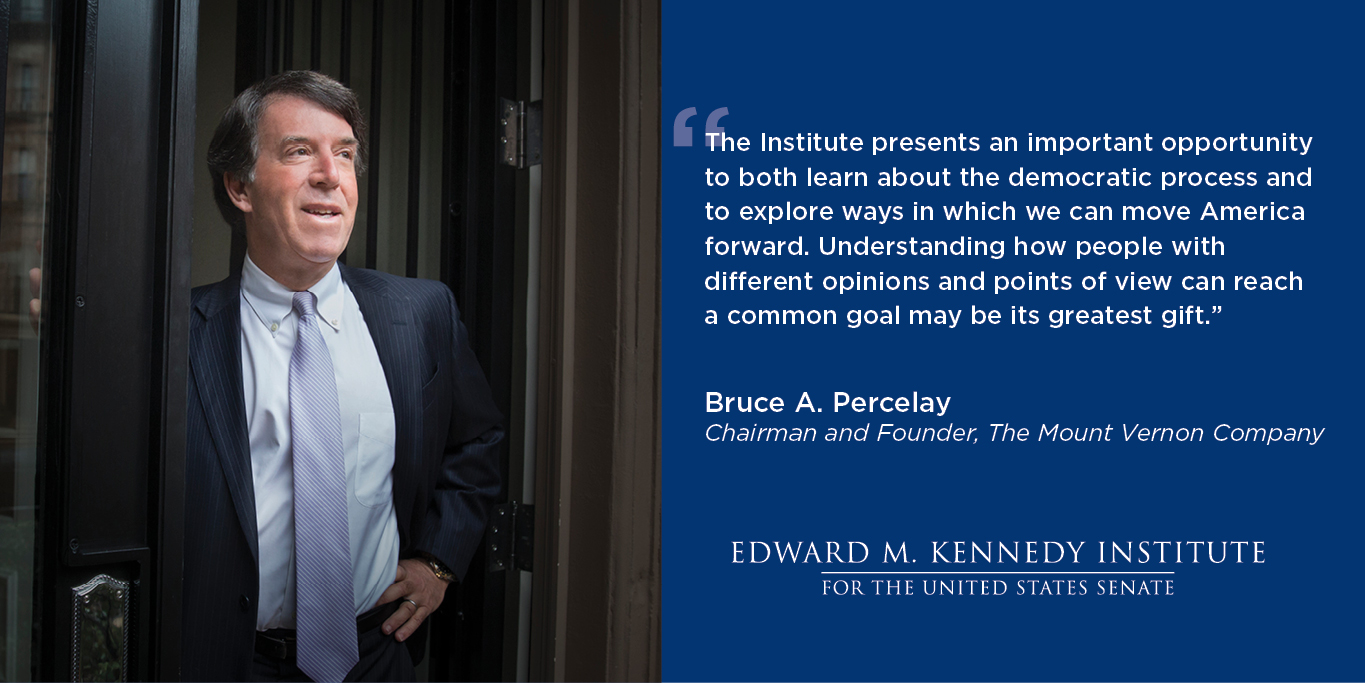 At their January meeting, the Edward M. Kennedy Institute board of directors unanimously selected Bruce A. Percelay as a member of the board.

Mr. Perceley is chairman and founder of The Mount Vernon Company, a real estate investment firm considered among the leading apartment landlords in Massachusetts. The company received the Community Excellence Award from the Greater Boston Real Estate Board, the Paragon Award for Industry excellence by the National Apartment Association, Best Landlord in Boston by Boston Magazine and Best Places to Work in Boston by the Boston Business Journal. Percelay singlehandedly created the Allston Green District, an eleven-building assemblage that has been credited with revitalizing the entire neighborhood and has helped launch Allston’s apartment building renaissance.

Percelay was a driving force behind the construction of Nantucket’s new whaling museum and the new Nantucket Cottage Hospital. He is credited with raising $121 million for the Nantucket Cottage Hospital, the largest fundraiser for a community hospital ever in the United States. Percelay has served as the chairman of the Massachusetts chapter of the Make-A-Wish Foundation and chairman of Habitat for Humanity in Boston. He has lectured on real estate at MIT, The Wharton School, Boston University, and Brandeis. Percelay sits on the President’s Council at MGH and The Rappaport Institute at the Kennedy School of Government.

Learn more about the Kennedy Institute’s Board of Directors here.

The Year in Review

Youth civic engagement at the Institute